DURHAM: Gloria Hall Johnson, 82 years young, died April 14, 2006. The daughter of Mabel and Robert Hall, she was born in Lawrenceville, Va., but moved to Durham as a child, where she spent the rest of her life. She was preceded in death by her husband, Edison H. Johnson Sr. and son, Robert E. Johnson. .
Gloria will be remembered by the community for her years of volunteer services and outstanding leadership. Though still active in most of her charitable endeavors, she most notably served as Chairman of the Red Cross Volunteers for the American Red Cross, former President of the Durham Woman

Offer Condolence for the family of Gloria Hall Johnson 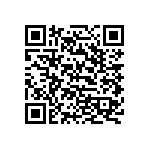