Mrs. Wilkins was born in Rougemont, NC on September 28, 1917 to Albert and Freddie Slaughter Hicks. She was retired as a seamstress in the alterations departments of Belk and Thalhimers. Gladys was a member of Red Mountain Baptist Church in Rougemont, NC.

In addition to her parents, Gladys was preceded in death by her son and daughters, Alease Hughes, Elmer Wilkins, and Brenda Gravitt; and brother, Billy Hicks. She is survived by her son, Earl Wilkins and his wife, Brenda of Asheboro; grandchildren, Kelly Wilkins of Myrtle Beach, SC, Todd Wilkins of Wilmington, Kenny Remington of Durham, Kim Remington of Wilmington, and Ben Huff of Durham; five great grandchildren; and sisters, Glenna Matthews of Chapel Hill and Goldie Gentry of Roxboro.

A memorial service will follow on Saturday at 2 p.m. at Hall-Wynne Funeral Home with Elder Johnny Ray Gardner officiating.

In lieu of flowers, memorials may be made to Hospice of Randolph, P.O. Box 9, Asheboro, NC 27204-0009. Pugh Funeral Home in Asheboro and Hall-Wynne Funeral Home in Durham are serving the Wilkins family. Please share remembrances and condolences at www.pughfuneralhome.com

Offer Condolence for the family of Gladys Wright Hicks Wilkins 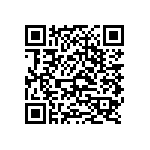