Flowers, birds, all manner of wild creatures, and sparkly glass: these are just some of the things that Gladys loved. Add to it an appreciation for the written word, a penchant for roller skating and shopping, and a firm faith founded in the Lutheran Church, and you can begin to see the woman that she became.
Gladys was the eldest daughter of Thomas B. and Marguerite R. Orr. She and her siblings, Marguerite Ritey, Carol, and Tom, grew up during the Depression, moving from one state to another until they finally settled in Durham. After graduating from Durham High school, Gladys’ abilities shone at Croft Business School where she was asked to return and teach. She ultimately became a legal secretary, working for the prestigious firm of Edwards and Sanders, developing a life-long interest in the law. It was in the summer of 1954, at Brooks Roller Rink in Raleigh, that a handsome young man in an army airborne uniform asked her to skate the popular ‘flea hop’ with him and afterwards spontaneously informed her that he was going to marry her. As fate would have it, she wedded that paratrooper, Ralph John Carney, three months later, beginning a marriage that would last for 58 years.
Daughters Linda, Carol, and Wendy were brought up to share her love for the beauty of the natural world and all things green and growing. As they grew older and moved away from home, it was not at all unusual for each to receive envelopes in the mail from Gladys, usually filled with coupons, poetry, philosophical sayings, and newspaper cartoons. To this day, the refrigerator in her house is a kaleidoscope of colorful magnets, each holding some article, poem, picture, or quote that she found memorable, each a tiny glimpse into the soul of the complex woman who treasured them.
Toward the end of her life, when Dementia had taken even her ability for conversation, Gladys was still able to sing snatches of songs and say snippets of her favorite poems. She enjoyed touching flower petals, stroking stuffed animals, and gazing outside at the world beyond the walls. It is impossible not to be happy for her now. “Perhaps, they are not stars in the sky,” a saying she put on the refrigerator reads, “but rather openings where our loved ones shine down to let us know they are happy.” Shine on, Gladys.

Offer Condolence for the family of Gladys Orr Carney 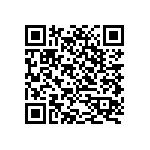