Gladys Coughtry Moore, 88, died Saturday evening at Pettigrew Rehab Center. Gladys was native of Montreal, Canada and was the daughter of the late Harry Chandlish and Ada Mae Taylor Coughtry.She was a graduate of the Victoria General Hospital Nursing School in Halifax, Nova Scotia. Gladys lived in Halifax for several years and in the mid forties moved to Miami, FL. She later moved to Lake Wales, FL where she worked at the Lake Wales Hospital. She retired in 1984 and volunteered at the hospital and the Care Center. In Lake Wales, she was a member of First Presbyterian Church. Gladys moved to Durham in 1999 and was a member of Robbins Road Christian Church.

Friends may visit from 3 to 4 PM Wednesday at Hall-Wynne Funeral Home.

In lieu of flowers, memorials in her memory may be made to the Robbins Road Christian Church, 222 Robbins Road, Durham, NC 27703.

Offer Condolence for the family of Gladys Coughtry Moore 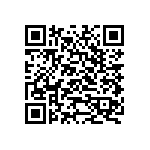