Mrs. Luquire and her late husband, Lloyd C. Luquire, relocated to Columbus in 1988. She was active well into her eighties; serving on the staff of Brentwood Publishers Group until the week she entered the hospital.

In addition to her immediate and extended family in Georgia and Alabama, she is survived locally by a sister-in-law, Mrs. Eleanor C. Luquire; as well as several nieces, nephews and cousins.

Graveside services will be held 11:00 AM Wednesday, October 25, at Woodlawn Memorial Gardens with the Reverend Laura Mahn officiating.

Friends may visit Tuesday evening from 5:00 to 7:00 PM at Hall-Wynne Funeral Home.

Offer Condolence for the family of Gladys Card Luquire 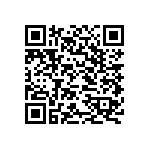