Giovanni graduated from Hillsboro High School in 1952 and married the love of his life, Myrna Howerton on June 5, 1955. He was a member of McMannen United Methodist Church in Durham, NC. He formed GE Micol Associates Technical Services in 1970, a  company that provided drafting services to local engineering firms. Later in his career, he did subcontract work for Bryant Durham Electric where he worked in their design-build department.

Mr. Micol is survived by his daughter, Kim Micol Tucker of Lexington, NC; and sons, John Spencer Micol of Durham, NC; David Shields Micol and wife Joyce of Adamstown, MD; Mark Sharp Micol and wife Lynn of Durham, NC.  He had 11 grandchildren and five great-grandchildren. Giovanni was preceded in death by his wife, Myrna Howerton Micol.

Giovanni grew up in a company house at the Eno Steam Plant village where he built many lasting relationships. He had fond memories spending his summers with his grandparents on the old Micol Farm. He would later attribute those formative years as some of the most important character building years of his life.

Mr. Micol was very active in the community. He was instrumental in forming the first booster clubs at the former Stanford Jr High and Orange High schools and served on the Orange County Planning Board in the 1970s. Giovanni was very active and enjoyed playing golf, tennis, and fishing and most recently looked forward to his evenings at home feeding the deer and caring for his dogs.  His outings to Waffle House and WalMart were always the highlights of his day.

In lieu of flowers, memorials may be made to McMannen United Methodist Church, 4102 Neal Road Durham, NC 27705.

Offer Condolence for the family of Giovanni Enrico “Mike” Micol 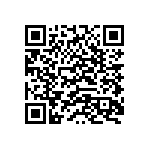