Chapel Hill, NC – Giorgetta Vuoso Rengan, age 88, died Tuesday, April 28, 2015. Born on the beautiful island of Ischia, Italy on April 23, 1927, she was the daughter of the late Raffaele Vuoso and Restituta Di Orio, and sister to Luigi and Maddalena.

Giorgetta (known as Gina) is survived by her husband Kasturi Rengan, to whom she had been married for 72 years, her sons: Alessandro Rengan of Kettering, Ohio; Marco Rengan (Jill), of Chapel Hill; her daughter Maria Rengan of Manhattan, NY; her grandchildren, Lieutenant Krishna Rengan, USAF, Rama Rengan, and Erin Rengan; and beloved nieces and nephews in America, Italy, India, Argentina, and France.

Gina was born on the feast of St. George and had every bit of his fighting spirit. During World War II, she met and married Kasturi Rengan, when he was stationed in Naples, Italy with the Allied Forces. At age 18, she left Italy with Kasturi and returned with him to India in 1946. As a foreigner there, she was challenged to constantly find ways around old customs, traditions and prejudices. She worked to ensure her sisters-in-law were married and that her brothers-in-law received all the education they wanted. Gina harbored Hindu and Muslim families during the partition wars in Calcutta. She worked with her husband to transport thousands of Catholics from all over India to see Pope Paul VI for the 38th International Eucharistic Congress in Bombay. They worked to build a village of railway cars at Victoria Terminus where visiting pilgrims were able to stay until their return home. Early on, in some of the remote villages where Kasturi was stationed as a junior officer in the Indian Railways, their bungalow became both a makeshift hospital for the sick as well as a weekend church for mass. She witnessed the beauty and splendor of a magnificent country that is India, which she loved as much as her own Italy. She spoke Hindi and a little Tamil and often favored a silk sari for its flowing elegance over a dress. She raised her family with amazing food from both countries – that she mastered – and she cooked as if each ingredient was a verse, each dish a poem, and each meal an opera.

Her understanding of people also became her strength in business and she was able to create beautifully embroidered saris. Her business, Gina Embroideries, was so successful because she created designs for each and every person as a unique signature. Her eye for color, fabrics and fashion created a statement and one could easily recognize her work on the streets of Mumbai on an evening stroll through the shopping centers. The Queen of Nepal sought her out and would personally visit Gina’s family for designing and creating her saris. Gina would want to help the people of Nepal in any way she could.

Gina’s business continued to thrive and she would open a garment factory in India and eventually a shop in Italy. Later in life she moved back to her beloved island of Ischia with Kasturi. They ran a clothing shop there until retiring in 1999. Due to health issues, they moved to Chapel Hill in 2014.

Gina truly believed that the one quality that we humans could never run short of was love – and love she bestowed on all she encountered. Her love for her family was strong, the many brothers- and sisters-in-law, nephews and nieces were her own sons and daughters – each a treasure, each to be doted on and gushed over. She will be missed.

A Mass of Christian burial will be held at 10:00am Monday, May 4, 2015, at St. Thomas More Catholic Church in Chapel Hill, with Fr. Scott McCue officiating. In lieu of flowers, memorial contributions may be made to Catholic Relief Services, For the Benefit of Nepal Earthquake victims, P.O. Box 17090, Baltimore, MD 21297-0303. 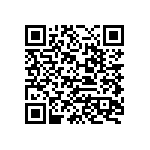