Lillian Hicks Gill, “ I have fought a good fight, I have finished the race. Now there is in store for me the crown of righteousness, which the, which the Lord, the righteous Judge, will award to me on that day – not only to me, but also to all who have longed for His appearing. 2Timothy 4:7

On August 24, 2014 at 6:15 PM, Lillian Hicks Gill joined her Lord and Savior and left behind a grateful family and a host of devoted friends. A lifelong resident of Bullock, Mrs. Gill was the daughter of Horace Hicks and Nannie Hobgood Hicks. She was married to Franklin Gill for 64 years prior to his death in 2002. Mrs. Gill was a life-long member of Bullock Baptist Church and taught Kindergarten, First and Fifth Grades in Stovall from 1945 through 1985. She was a treasure and source of strength not only to her family but to countless others all of whom she profoundly touched, inspired, and influenced.

Funeral services will be conducted 4:00 pm Wednesday, August 27, 2014 at Bullock Baptist Church by Rev. Tony Futrell and Rev. Lemar Wheeler. Burial will be in Royster Cemetery in Bullock.

The Gill family is being assisted by Gentry-Newell & Vaughan Funeral Home in Oxford. For online condolences, go to www.hallwynne.com and select obituaries.

Offer Condolence for the family of Lillian Hicks Gill 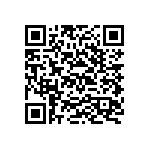