Geri attended grade school in Hartwell and Georgia State College for women in Milledgeville, GA. She married George Brantley DeLoatche on December 26, 1946, whom she met while employed at the Naval Commandant’s office in Charleston, SC.

Geri and Brantley moved to Durham in 1949 and attended Yates Baptist Church, where she served as a former adult SS teacher and on numerous committees.  She loved her church and its members, and remained active up until her recent illness.  For 30 years Geri was employed by the Durham County Board of Elections as a secretary in the downtown office. She also was a member of the Garden Makers Garden Club and a past president.  After retiring she enjoyed volunteering for the Duke Faculty Club Wives in the Nearly New Shop.

Geri will be remembered for her love of her family, the keeper of all the history and stories which she loved to share.  Nothing pleased her more than preparing a festive meal for her guests and sharing all her delicious homemade cakes and famous pickles.  She will be missed and remembered for her generous spirit and true southern hospitality.

Funeral services will be 11:00 AM Friday from Yates Baptist Church, with the Revs. Christopher Ingram, Lindsey Powell and John Frederick officiating. The family will receive friends in the church fellowship hall immediately following the service. A private family interment will follow in Maplewood Cemetery.

Geri has asked contributions be made in her name to the Yates Baptist Church building fund, 2819 Chapel Hill Rd. Durham 27707.

Offer Condolence for the family of Geraldine “Geri” Powell DeLoatche 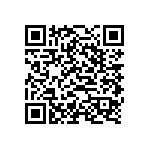