Gerald Taylor Stovall, 77, of Stovall died January 27, 2017 with his family by his side. He was the son of the late Alexander Marrow Stovall and Mary Grace Woody Stovall. He is preceded in death by his former wife Evelyn F. Stovall, his infant daughter, Dawn Marie Stovall, and his sister, Marilyn Stovall Shotwell.

Gerald was a native of Granville County and a graduate of Stovall High School. Following high school, he was accepted to serve in the FBI but elected to come back to his beloved home in NC to farm and be close to family. In addition to being a tobacco farmer in Granville County he was the long time proprietor of Planter’s Warehouse in Clarksville, VA. He was an active home builder during breaks from his responsibility as a farmer. He was a long-time member of Stovall Baptist Church where he served as a deacon and Sunday School teacher. During the past few years he was an active member of Bullock Baptist Church. He enjoyed serving as a member of the Ruritan Club and the North Granville EMS. Gerald was also a past President of the Granville County Soil and Water Conservation. He was an accomplished wood crafter who designed and built many pieces of furniture, a hobby which brought him much pleasure.

The family will receive friends on Monday, January 30, 2017 from 5:30 to 7:30 at the funeral home and other times at the Stovall homeplace, 4005 Wilson Town Road. Funeral service will be held on Tuesday January 31, 2017 at 11:00 a.m. at Gentry Newell & Vaughan Funeral Home. Burial will be at the Stovall Memorial Cemetery in Stovall, NC.

In lieu of flowers memorial contributions can be made to Granville Co. EMS or to the Bullock, Cornwall and Stovall Volunteer Fire Departments. Gentry Newell & Vaughan Funeral Home is serving the Stovall family. 503 College St., Oxford, 27565. (919)693-5191.

Offer Condolence for the family of Gerald Taylor Stovall 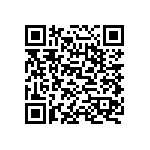