Mrs. Beard was born in Chatham County on October 1, 1912, one of nine children, to James Fredrick Seagroves and Donnah Dorsett Seagroves. She was retired from Chatham Mills where she worked as a weaver. Mrs. Beard was a member of Pittsboro Presbyterian Church.

She is survived by her son and daughter-in-law, Joe and Martha Gunter Thompson of Wilkesboro; a grandson, Adam Thompson of Charlotte; and a brother, Harold T. Seagroves, Sr. of Pittsboro.

In addition to her parents, Mrs. Beard was preceded in death by her first and second husbands, Joseph Denver Thompson and DC Beard; and seven siblings.

The funeral service will be conducted by the Rev. Troy Lesher-Thomas and the Rev. Ray Gooch at 2:00 pm, Sunday, July 6, 2008 from Pittsboro Presbyterian Church, with interment to follow in the church cemetery. Friends may visit with the family from 6:30 – 8:30 pm Saturday at Griffin Funeral Service in Pittsboro, and at other times at the residence of Harold Seagroves.

Memorial contributions may be directed to either Pittsboro Presbyterian Church or to Farmville Community Church.
Online condolences to: www.griffinfuneral.com, Select Obituaries.

Offer Condolence for the family of Georgia Seagroves Thompson Beard 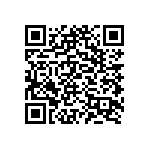