Georgette A. Brown, 84, died Saturday, April 12, 2014 at home. Georgette was born July 3, 1929 in NYC, NY to the late William and Marie Bomer. She was a communicant of Holy Family Catholic Church in Hillsborough. She was preceded in death by her husband, Thomas J. Brown Sr. in 2012.

Georgette grew up in Woodhaven in Queens, NY and attended Franklin K. Lane High School. After high school, Georgette attended St. Joseph’s College in Brooklyn, NY. She graduated with a degree in mathematics. Before her marriage to Tom, Georgette worked for the Sperry Corporation for several years. In 1957, she married Tom and began a lifelong love affair with him that lasted for more than 50 years.

After her children began going to school, Georgette started her second career as a teacher. She spent a few years as a substitute teacher before embarking on a 23 year career as an elementary teacher at Tooker Avenue School in West Babylon NY. Georgette always treasured her years as a teacher. She had lots and lots of fond memories of the many students that were touched by her caring and nurturing nature. After she retired, Georgette remained close friends with many of her colleagues at Tooker Avenue School.

After she retired, Georgette and Tom moved to Hot Springs Village in Arkansas. They became active members of that community for the 25+ years that they lived there. Georgette volunteered in many different ways, was active in her church and truly made a mark on the Hot Springs community.

In 2009, Georgette and Tom moved to Durham in order to be closer to their family. During her “short” stay in North Carolina, Georgette continued to make an impact on all of those with whom she came in contact. Her giving and generous nature will be remembered by all those who knew her. One of her best qualities was her ability to make friends with anyone that she met.

Offer Condolence for the family of Georgette A. Brown 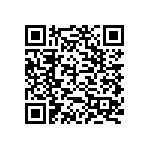