DURHAM – George W. Newton, founder of Newton Instrument Co. and an original board member of Durham Technical Community College, died after a short illness on April 17, 2015. He was 95.

George imbued all he touched with compassion, integrity and Southern grace and reserve as he used his diploma in vocational education from Durham High School (Class ’39) to build a business that worked in Durham’s economic bedrock of tobacco, hosiery, medicine and high tech. He was the father of five and a devoted member of Trinity United Methodist Church.

He was born in Oxford, N.C., Feb. 22, 1920, to Walter Caswell and Nannie Jones Newton. The family moved to Durham when he was four years old. After graduating from Durham High School, he worked at Broadwell’s Machine Shop until he was hired as an apprentice instrument maker at the Physics Department shop at Duke University. In 1947 he became supervisor of maintenance at Durham Hosiery Mills.

George opened Newton Instrument Co. in 1949 to manufacture surgical devices. Precision medical instruments were soon replaced by work with tobacco and hosiery companies where his knack for design speeded up production. From the late 1960s on, Newton Instrument Co. designed and manufactured framing equipment for the telecommunications industry. George retired in 1986 and sold the business to two of his sons, Wallace and Walter. In retirement he spent many hours in his woodworking shop where his efforts were given to friends.

Mindful and proud of the sound technical education he received at Durham High School, George was a founding member in 1963 of what became Durham Technical Community College where he served on the board 26 years, nine years as chairman. He has established several scholarship funds at Durham Tech where the George W. Newton Industrial and Engineering Technologies Center carries his name. He has also contributed to Greensboro College, the alma mater of his late wife Mary Hall. His gift of land to the Triangle Community Foundation later became the Little River Regional Park and Natural Area north of Durham.

He was equally mindful of Trinity United Methodist Church, which more than once provided his family with Christmas when he was a child and where he found mentors to help pursue his dreams. In addition to committee work at Trinity, George was involved in the United Methodist Retirement Homes.

For his civic contributions he received the Civic Honor Award from the Greater Durham Chamber of Commerce. The National Exchange Club awarded him its Book of Golden Deeds.

He and his wife, Mary McLean Newton, whom he married in 1993 three years after the death of Mary Hall Newton, have contributed to Watts School of Nursing.

He was preceded in death by his three siblings, Deborah Newton Satterfield Messer, Walter Bryan Newton and Ivey Jones Newton. He is survived by his wife of 22 years, Mary McLean Newton: 5 children by Mary Hall Newton: Wallace Newton and his wife Becky, David, John and his wife, Mary, all of Durham, Walter and his wife, Dennie, of Bahama, and Sarah Feldman and her husband, Bob, of Charlotte; 2 stepchildren by his marriage to Mary McLean Newton: Marilyn Yates and her husband, Rick, of Deland, Fla., and Ivey Newton of Durham; 4 grandchildren: Lisa Granger and her husband Greg of Williamsburg, Va., Will Newton and his wife, Ayako, of Raleigh, Sarah M. Newton of Raleigh and David W. Newton of Ann Arbor, Mich., 5 great-grandchildren: Gabrielle, Graham and Grace Granger of Williamsburg, Va., and Saya and Mei Newton of Raleigh.

The George Newton family thanks the staff at The Pavilion at Croasdaile Village for its loving and attentive care during George’s illness.

Visitation will be on Monday, April 20, from 5:00 pm till 8:00 pm at Hall Wynne Funeral Service, 1113 West Main St., Durham NC 27701, and at other times at the home of Walter and Dennie Newton in Bahama, NC. The Service of Death and Resurrection will be at 3:00 pm Tuesday, April 21, 2015, at Trinity United Methodist Church, 215 North Church Street, Durham, NC 27701, with the Rev. Taylor Mills officiating. Interment will follow at Maplewood Cemetery.

Offer Condolence for the family of George W. Newton 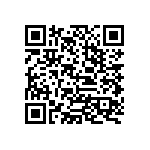