George Paul Duffy, age 94, died Tuesday, September 1, 2009 in the VA Hospital in Durham. He was born in Moncton, New Brunswick, Canada, and his family moved to Massachusetts when he was very young. He was the son of the late Paul Steadman Duffy and Nina Steeves Duffy. He was a member of St. Stephens Episcopal Church in Oxford, NC where he lived for many years. He served in the United States Army Air Corps during WW II, serving in the South Pacific. Mr. Duffy was also the owner of the former Orpheum Theater and the Carolina Theater in Oxford, and he was an avid tennis player.
Funeral services will be held on Friday, September 4, 2009 at 2:00 P.M. at St. Stephens Episcopal Church by Rev. James L. Pahl, Jr. Burial will follow at Elmwood Cemetery with Military Rites.
Surviving is one son, G. Paul Duffy, Jr. of Rocky Mount, NC; one sister, Mary Emma Weir of Holden, Massachusetts; two grandchildren, Cameron Gambill McRee of Sugar Hill, GA and Marjorie Witten Duffy of Rocky Mount. He is preceded in death by a daughter, Catherine Witten Duffy Gambill, and wife, Helen Rose Duffy.
The family will receive friends one hour prior to the service on Friday, September 4, 2009 from 1:00 until 1:45 P.M. in the fellowship hall of the church.
In lieu of flowers, memorials may be made to DAV-Schackner Whitley-Chapter #21, PO Box 216, Durham, NC 27707.
Online memorials, www.gnvfh.com, select obituaries. Gentry-Newell & Vaughan Funeral Home is assisting the Duffy family.

Offer Condolence for the family of George Paul Duffy 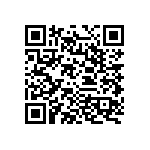