Mr. Moore moved to Durham in 1942, deployed at Camp Butner. While attending church at First Baptist, Durham, he met Dorothy Chamblee, whom he married. His loving devotion to her lasted nearly 63 years, until she died in 2007. He was honorably discharged from the U.S. Army in 1946, just after WWII.

He was employed with the U.S. Postal Service for 38 years and was a long-time and active member of First Baptist Church in Durham, serving in a variety of capacities and commitments. He will be most long remembered as the greeter and keeper of the north door into the sanctuary. Some entered this way just so they could be nourished by his warmth and cheerfulness.

Nothing was more important to him than his family and friends. He was quick to help, always supportive, and loved others as much as he was greatly beloved.

Mr. Moore is survived by his loving son, David G. Moore and wife, Carol, of Cary, NC; his brother, William A. Moore of Mobile, AL; his sister, Myron M. Bisek of Cedar Rapids, IA; his grandchildren: Whitney Moore, Justin Moore, Trey Langley, Brooke Miller, Will Langley and two great grandchildren: Piper and Finn Miller. He was preceded in death by his wife, Dorothy Chamblee Moore who died last year; and his daughter, Janet Moore Rhodes, who died in 1987.

Contributions in Mr. Moore’s memory may be made to a charity of one’s choice.

Offer Condolence for the family of George Moore, Jr. 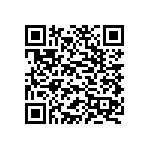