George Merrill Davis, III, age 34, died Sunday, October 14, 2012 from injuries sustained in an automobile accident. Merrill was born in Durham on January 23, 1978, and was employed by Stone Brothers & Byrd in Durham.

Merrill attended Durham Public Schools and was an active member of Duke Memorial United Methodist Church in his youth. He graduated from Riverside High School and attended Appalachian State University. Merrill found his place working along side his father in the family business. In the community, Merrill enjoyed his volunteer work as a member of the Greater Durham Exchange Club, serving as its president in 2010.

Merrill is survived by his wife, Paula Soderlund of Durham, NC; his mother, Tamela Braswell Davis, of Durham; his father, George M. Davis, Jr. and wife, Anne, also of Durham; his brother, Hunt Davis and wife, Jessica, of Raleigh, NC; his nephew, Huntley Davis; his maternal grandmother, Lillian Huntley Braswell of Durham; and his paternal grandmother, Sara Hayworth Davis of Charlotte, NC. He is also survived by a number of aunts, uncles and cousins.

A Celebration of Life will be held 3:00 p.m. Saturday, October 20, 2012, in the Chapel of Hall-Wynne Funeral Service, 1113 W. Main St. in Durham with the Rev. Randall Floyd officiating. A private cremation ceremony will follow at Hall-Wynne Crematory.

Friends may visit with the family immediately following the service in the Chapel.

In lieu of flowers, contributions in Merrill’s memory may be made to The Greater Durham Exchange Club, c/o Lee Pollard, P.O. Box 52179, Durham, NC 27717.

Offer Condolence for the family of George Merrill Davis, III 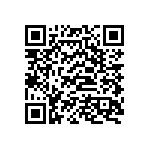