George Freeman Davis, 87, died at The Seasons of Southpoint on Tuesday, June 23rd. He was born January 17, 1928 to the late James M. Davis and Virginia Watts Davis in Norfolk, VA. George was a graduate of The University of Virginia where he received his Bachelor’s Degree in Accounting and was a member of the Cavaliers Football team. Following graduation, George worked as an accountant before dedicating most of his career to the banking industry, retiring as President of Merchants National Bank. He was very active in many civic organizations throughout his career. Mr. Davis was a US Marine Corp veteran. He was preceded in death by his wife Geraldine Beaubien Davis, a sister and three brothers.

A Memorial Service will be held 11 a.m. Saturday, July 25, 2015 at Centenary United Methodist Church, 3312 Cedar Ln, Portsmouth, VA 23703. In lieu of flowers, contributions may be made to Hospice & Palliative Care Center of Alamance-Caswell, 914 Chapel Hill Rd., Burlington, NC 27215, or the American Cancer Society at https://donate.cancer.org/index. Arrangements are entrusted to Hall-Wynne Funeral Service, Durham, NC. Online condolences may be shared at www.hallwynne.com.

Offer Condolence for the family of George Freeman Davis 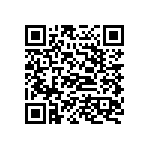