Growing up in Miami, his family would spend summers in Blowing Rock and George fell in love with the state of North Carolina.  He graduated from Christ School in Asheville in 1954 and attended the University of North Carolina at Chapel Hill.  A Business Administration major, he was a member of Phi Delta Theta and formed lifelong friendships with many of his fraternity brothers.  He married his devoted wife, Alice Hollar of Hickory, on July 26, 1969.

George was proud of his 34-year career in food service for Marriott Corporation, now Sodexo.  He started out in 1967 in Washington, D.C. managing a Hot Shoppe, one the restaurants in the chain that laid the foundation for J.W. Marriott to create a worldwide hospitality company.  He quickly advanced into the healthcare division, serving as Food Service Director for St. Vincent’s Hospital in Indianapolis, IN from 1971-1976.  He then moved to New Orleans, LA in 1976 to serve as District Manager for Marriott’s southeast territory of healthcare accounts.  In 1982, he wanted his wife and daughter to be closer to their family in North Carolina and accepted a position at Duke University Medical Center as General Manager of Food Services.  He managed the total operations for the 1,000-bed medical hospital and conference center.  During his 17 years at DUMC, he upgraded the food production system, managed the installation of a state-of-the-art patient food delivery system and launched innovative retail facilities to offer additional dining options for visitors and staff.  He retired from working at Duke in 1999, but continued to consult for Sodexo Marriott until 2001.  George utilized his skills in retirement by managing food service and house maintenance at four fraternities at UNC for several years.  He also served on the UNC General Alumni Association committee for his 50th college reunion in 2008.

He was a loving and proud husband, father, uncle and grandfather and loyal friend to many.  George was known for his love of storytelling and would recount his adventures in Blowing Rock in the 1940s and 1950s, as well as his time as a student at Christ School and UNC.  He treasured summers in Blowing Rock and took great joy in taking his grandchildren to picnics off the Blue Ridge Parkway and Tweetsie Railroad, where he first visited more than 50 years ago.  He was passionate about cheering for his alma mater and was a season ticket holder of Carolina football and basketball games for the past 20 years, attending basketball games up until January.

An active member of St. Stephen’s Episcopal Church in Durham and St. Mary of the Hills Episcopal Parish in Blowing Rock, he served on the vestry at both churches and was involved in the Men’s Group and Reception Ministry.  In retirement, he served on the board of the Beta Chapter of Phi Delta Theta and led alumni development, volunteered on a weekly basis for SECU Family House at UNC Hospitals as a receptionist and served meals in the summers to low-income and homeless families at Hospitality House in Boone.  He was a member of Blowing Rock Country Club.

Survivors include his loving wife of 45 years, Alice Hollar Holt; his son, George Edward Holt, III and daughter-in-law Deane Gresham Holt, of Greensboro; his daughter, Virginia Holt Cepeda and son-in-law, Shawn David Cepeda, of Summit, NJ;  his five grandchildren, George Edward Holt, IV and Annie Gray Holt, both of Wilmington and Kathryn Alice Cepeda, Virginia Jane Cepeda and Campbell Holt Cepeda, all of Summit, NJ; his sisters-in-law, Linda Hollar Jones of Wadesboro and Jane Hollar Isenhower of Charlotte; and many nieces and nephews.  He was preceded in death by his sister, Christine Holt Kurtz-White, of Miami.

The funeral will be conducted by The Rev. Robert K. Kaynor and The Rev. Richard Lawler on Saturday, March 7th at 11 a.m. at St. Stephen’s Episcopal Church, 82 Kimberly Drive in Durham with a reception to follow.  Private interment will be at St. Stephen’s.

Memorials may be made to SECU Family House at UNC Hospitals, 123 Old Mason Farm Rd, Chapel Hill, NC 27517 or Blowing Rock Art & History Museum, 159 Chestnut Street, Blowing Rock, NC 28605.  The family would like to thank the doctors and staff at UNC Hospital for their care and dedication, especially the Family Medicine Residents, and UNC Hospice.

The Holt family is under the care of Hall-Wynne Funeral Service, Durham.

Offer Condolence for the family of George Edward Holt, Jr. 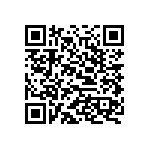