On Wednesday, February 27 2019, George Brantley DeLoatche passed away at the age of 99. Brantley was born on June 21, 1919 in Conway, NC. He was the oldest of three sons born to George Dallas and Emma Davis DeLoatche. Upon graduating from high school, he attended NCSU and obtained a B.S. in Agricultural Education. In 1942, he attended officers training at Notre Dame University followed by three years as a Navy Officer. During World War II, he was a Navigator, First Lieutenant on the USS Lardner Destroyer in the Pacific. In 1945 he was one of the first Americans into Tokyo Bay for the Japanese surrender, as the USS Lardner was one of three ships to lead the USS Missouri into the Bay for the Surrender Ceremony. He was able to witness the Ceremony on the Missouri from the deck of his ship, a memory that remained vivid for the rest of his life.

Brantley met Geri Powell in Charleston, SC when the USS Lardner was decommissioned. They were married on December 26, 1946, and moved to Weldon, NC where he began working with Halifax County as an Agricultural Extension Agent. In 1949, Brantley and the family moved to Durham, where he accepted a position with Central Carolina Farmers. He was soon promoted to General Manager where he worked until retirement in 1980.

He and Geri were very active members of Yates Baptist Church where he served as a deacon, Sunday school teacher, and on numerous committees.

He was dedicated to the Wolfpack, holding the same season tickets each year since the construction of Carter Finley Stadium, and attended every bowl game in recent memory, including the Gator Bowl in December 2017.  He was also very dedicated to service at NCSU, serving on boards and as a volunteer in many capacities. Brantley’s family will also remember him for his tireless service to his community, Yates Baptist Church, his endless curiosity and pursuit of knowledge, his patient and positive personality, and his love and devotion to his family. He was a wonderful man and will truly be missed.

Brantley’s funeral will be 11:00 AM Saturday held in Yates Baptist Church. The family will receive friends in the church Fellowship Hall immediately following the service. Private burial will be in Maplewood Cemetery.

The DeLoatche family thanks Duke Hospice and Lilies of Hope for their support and kindness.

Memorial contributions may be made to the DeLoatche/Crane Single Parent Scholarship Fund through Durham Technical Community College.

Offer Condolence for the family of George Brantley DeLoatche 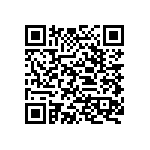