George A. Cralle, 85, died Friday, March 16 in UNC Hospital. He was born in High Point, NC June 5, 1926 to the late Fontaine Maury Cralle and Helen Muse Cralle. George attended Sewanhaka High School in Floral Park, NY, from where he enlisted in the U.S. Navy at age 17. With his musical talent on the alto saxophone, he played in the Navy band, and for a time, with the acclaimed Claude Thornhill Band. George attended UNC – Chapel Hill but graduated from NC State University with honors in textile engineering.
George married Brigida Betty Louise Zaffarano August 6, 1949. The Cralles moved to Durham in 1955 when George joined Durham Hosiery Mills as a Vice President. Shortly thereafter he became company President and remained for a 30 year career. During his tenure George moved operations to Franklinton and also acquired an additional mill in Danville, VA.
A devoted churchman, George was a parishioner of St. Stephen’s Episcopal Church and a former member of the vestry. He was a member of the National Assn. of Hosiery Manufacturers, serving as its Director; a charter member of Associated Investors of Durham, LLC; a 50-year member of Hope Valley Country Club and 50-year resident of Hope Valley. Following the death of his beloved Betty in 2005, George moved to the Cedars of Chapel Hill in 2006.
Surviving are his daughters, Patricia Cralle Strowd and husband, Tom, of Clayton, and Katherine Cralle Tuttle and husband, Sam, of Roswell, GA; and grandchildren, Elizabeth Ann Strowd, Joseph Kennon Strowd, William Anderson Tuttle and Olivia Grace Tuttle.
The funeral liturgy will be offered 9:30 AM Tuesday from St. Stephen’s Episcopal Church, with the Rev’d Robert Kaynor presiding. Burial will follow in the churchyard. Friends may visit 6-8 PM Monday at Hall-Wynne Funeral Service.
Contributions in George’s memory may be made to: St. Stephen’s Church, c/o the George and Betty Cralle Memorial Fund, 82 Kimberly Dr. Durham 27707.

Offer Condolence for the family of George A. Cralle 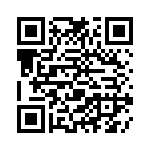