Genevieve Annette Weisbecker: 83, died Thursday, December 5, 2013. She was born on February 8, 1930 to Daniel and Anna Louise Klink Murphy in Omaha, Nebraska. She attended Duchesne Academy in Omaha, Nebraska, and received a nursing degree from St. Mary’s Hospital in Rochester, Minnesota. After raising five children, Genevieve worked for 17 years as a Registered Nurse in the Medical Intensive Care Unit at Duke University Medical Center in Durham. She was preceded in death by two brothers, Reginald and Daniel Murphy.

Offer Condolence for the family of Genevieve Annette Weisbecker 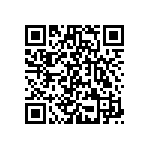