Gene was a talented musician playing trumpet in the Youth Symphony in Atlanta, earning Most Talented at Russel High in Atlanta, and being offered several music scholarships to college. His best friend John Fowke from age 10 said Gene was the best athlete he had ever seen. Gene continued his love of sports by coaching his 3 boys on more than 25 athletic teams.

Gene graduated from Georgia State at age 30 with 2 sons and one on the way. He spent many Saturdays studying in the library while Barbara took care of the boys.

Even though polio put him on crutches since age 13, he never let it be a handicap and never complained. Gene was proud to play taps at the memorial service for President Roosevelt at Warm Springs, Ga where both the President and Gene spent many months rehabbing.

In Durham Gene rose to the level of VP at a regional insurance firm, following his natural sales ability and winning many national sales trips and contests.

Funeral services will be held 2:00pm on Sunday, July 24, 2016 in the Chapel of Hall-Wynne Funeral Service in Durham.Burial will follow in Maplewood Cemetery.

Her sons and especially Barbara would like to express their love and appreciation for the many caring, loving and professional people of Duke Home Health Care and Hospice. In lieu of flowers the family requests that all gifts be sent to this helpful organization at:
4321 Medical Park Dr #101
Durham, NC 27704

Offer Condolence for the family of Gene Greer 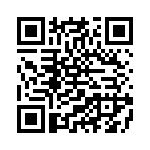