Born on June 29, 1954, he was the son of the late William Daniel Allen and the late Edythe Carowan Allen. He was raised on a farm in Pantego with his three brothers. Gary graduated from Pantego High School in 1972. Gary attended Campbell College, graduating in 1977 with a Bachelor’s Degree in Mathematics. It was at Campbell College that he met and fell in love with his future wife, Karen. They married on August 14, 1977 and had three sons.

Gary worked for 25 years in the beverage distribution industry. After retiring, Gary went back to school to Central Carolina Community College and completed an Associate’s Degree in Biofuels Technology. He also tutored in the math lab at CCCC. Teaching students finally fulfilled a lifelong passion.

Friends and family will always remember Gary for his immense strength, his boundless optimism, his unconditional love, and his pride for his family members. Gary was a man with an infectious smile and friendly disposition who never met a stranger. He was a passionate fan of sports, including N.C. State games, the New York Yankees, and especially his own children’s teams. He loved to travel and spend leisure time with his family and friends. Gary cherished the memories and laughter he shared.
Gary will be greatly missed by his family, friends, and colleagues.

The family will receive friends Wednesday, November 2 from 6 PM to 8 PM at Hall Wynne Funeral Home in Pittsboro, NC. The worship service will be held Thursday, November 3, at 1 PM at Pittsboro Presbyterian Church, the Pastor Troy Lesher-Thomas and Pastor Terry Dorsey presiding. Burial will be at 3:30 PM at Chatham Memorial Park cemetery in Siler City, NC.

Online condolences may be submitted at www.hallwynne.com, Select “Obituaries”, then “Guestbooks”. Arrangements for Mr. Allen are under the care of Hall-Wynne Funeral Service & Cremation of Pittsboro.

Offer Condolence for the family of Gary Grant Allen 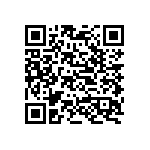