GARRY A. McFALLS
OXFORD- Garry A. McFalls, age 52 a resident of 1533 Walter Hight Rd. died Monday June 4, 2007 at Granville Medical Center. He was a native of Granville Co. and was the son of Burnell Newcomb McFalls of Oxford and the late William Wren McFalls. He was the owner of Garry A. McFalls Logging Company.
Funeral services will be held on Thursday June 7, 2007 at 11:00 AM in the Gentry-Newell & Vaughan Funeral Home Chapel by the Rev. Eddie Mauldin. Burial will be in Meadowview Memorial Park.
Surviving in addition to his mother are one son, Dustin Jackson McFalls of Oxford; a sister Patricia M. Crute of Oxford; one brother, Steven McFalls of Oxford.
The family will receive friends Wednesday night from 7:00 until 8:30 PM at the Gentery-Newell & Vaughan Funeral Home. At other times they will be at the home of his mother 3223 Knotts Grove Rd., Oxford.
Gentry-Newell & Vaughan Funeral Home is in charge of services.
Online memorials www.gnvfh.com , select obituaries.

Offer Condolence for the family of Garry Allen McFalls 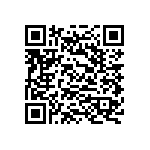