The son of the late Warren and Lena Nicewonger Quinn, Dr. Quinn was born January 28, 1922 on the family ranch near Faith, South Dakota that his parents homesteaded.

Born on the prairies of South Dakota, Dr. Quinn had a long and varied career. Starting as a country school teacher, he was called to service in World War II as member of the South Dakota National Guard. Dr. Quinn served in the North African and Italian campaigns.

Following the war Dr. Quinn took advantage of the GI Bill to attend dental school at Creighton University, in Omaha, Nebraska. After being in private practice in Belle Fourche, South Dakota, Dr. Quinn returned to Creighton University to become a member of the faculty and Dean of the School of Dentistry. He received masters in Orthodontics from the University of Tennessee at Memphis. In 1958 he moved to Durham where he served as Chief and Professor of the Division of Orthodontics at the Duke University Medical Center. During Dr. Quinn’s career at Duke he was one of the pioneers in the fields of cleft palate reconstruction and airway interference, and lectured internationally on those subjects.

Dr. Quinn was married to Virginia Felty Quinn, who preceded him in death on September 28, 1979, and later was married to Patricia Eckert Quinn on June 17, 1990.

Dr. Quinn had one brother, Donald Quinn, and two sisters, Bette Matkins and Marilyn Ross, who also preceded him in death.

Grateful to have him in their lives are his eight children, Catherine Dickson, Margaret “Pegie” Douglas, Galen Rex Quinn, Dr. Stephen Quinn, Marilyn Hager, Maryalice Larson, Virginia Ramos and Angela Estes. In addition to his children, Dr. Quinn is survived by 19 grandchildren and a great grandson.

A Mass of Christian burial will be offered 10:00 AM Saturday, January 26, 2008 from Immaculate Conception Catholic Church with Father Emmet Murphy, OFM, presiding. Burial will follow in Maplewood Cemetery with military honors.

Offer Condolence for the family of Galen Warren Quinn, DDS 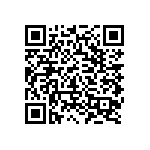