A private family graveside service will be held at Chapel Hill Memorial Cemetery with Fr. Scott McCue and Fr. Chris Koehn presiding. The public is invited to view the service remotely by following the link . The link will become active at 11:00 am on Friday, March 27,  2020 https://livestream.com/accounts/29266864/frederickpalmdahl

Fred was born in 1930 in Minneapolis, Minnesota. He joined the Navy after high school in 1948. While in the Navy he worked on some of the first computer systems designed for the military. He met his wife Kay in 1951 while on leave in Rhode Island. Since Fred was not a Catholic, on his next sea voyage, he was baptized in the Bay of Naples. Upon returning to the states he married Kay on February 23, 1952. Following his tour in the Navy, Fred worked for Sperry Rand and then IBM. He moved to Chapel Hill in 1959 as one of the first employees of the University’s Computer department on the IBM 360 main frame. While working in the computer department, over many years he completed his undergraduate degree at UNC. He retired from UNC in 1993 and lived the remainder of his life in Chapel Hill.

Fred was a founding member of the St. Thomas More Catholic Church community. He was one of the earliest members of the Paul Trageser Council of the Knights of Columbus.

Fred and Kay did not have children, so they enjoyed spending time with the children of many of their friends. They loved German shepherd dogs and spent much of their free time camping.

In lieu of flowers, memorials may be made to St. Thomas More Catholic Church, 940 Carmichael Street, Chapel Hill, NC 27514

The Palmdahl family is under the care of Hall-Wynne Funeral Service. Online condolences: www.hallwynne.com – select obituaries.

Offer Condolence for the family of Frederick Oscar Palmdahl 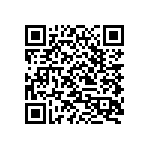