Mr. Pugsley was a veteran of World War II, having served with the 351st Bomb Group of the U.S. Army Air Corps. Among the decorations that he received were the Air Medal, and 2 Purple Hearts for wounds sustained while flying bombing missions over Europe in 1943. His B-17 was shot down on December 31, 1943, and he was a POW for the remainder of the war. Following the war, he worked for several years in the automotive industry, before returning to active service with the Air Force in 1953. He retired from the military in 1969. Following his military career, he held multiple positions in the security field, and after retiring to Crofton, MD, spent many years as a reserve officer in the Anne Arundel County Police volunteer program. He has lived in Durham since 2000.

Mr. Pugsley is survived by his sons, Frederick H. Pugsley and wife, Colleen Fitzpatrick of Durham, NC, Michael J. Pugsley and wife, Wendy Wild, of Katonah, NY; his daughter, Mari-Linda Pugsley of Hawthorne, NY; and 4 grandchildren. He is preceded in death by his wife, Mari Holley Pugsley.

Funeral services will be held at 10:45 AM on January 30, 2007 at the Fort Myer Chapel, with burial immediately afterward at Arlington National Cemetery.
In lieu of flowers, contributions may be made to: National Multiple Sclerosis Society

Arrangements for the Pugsley family are under the care of Hall-Wynne Funeral Service.

Offer Condolence for the family of Frederick Gaylord Pugsley 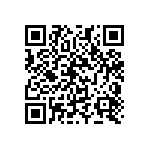