Frederick Charles Kull, age 100, died June 25, 2019.  He was born April 10, 1919 to the late Anna Rudman and Frederick William Kull in Newark, NJ.  He graduated from St Benedicts Preparatory School in Newark, NJ, and from Villanova University.  In 1942 he enlisted in the US Navy and served honorably as a Leut (jg) in the WW II effort.  On May 22, 1943, he married his devoted wife and partner of 71 years, Marguerite McCauley Kull.

Frederick, with the aid of the GI Bill and with a young family in tow, obtained a MS (Indiana University) and PhD (University of Michigan) in the emerging field of microbiology.  He then began a long career in the pharmaceutical industry, firstly with CIBA in Summit, NJ, then as an executive research administrator with Burroughs Wellcome in Tuckahoe, NY, and RTP, NC, when it and he moved in 1970.  He was both honored and humbled to have worked with many gifted and determined colleagues in professional, civic and religious endeavors.  He was proud to have worked closely with 4 Nobel Prize winners over his training and career.

Frederick was an active member of many professional and civic organizations and honored for his services.  He held various offices including president in the following:  American Society of Microbiology; Theobald Smith Society for Microbiology; NJ Academy of Science, Summit Association of Scientists, Durham Kiwanis (also a Lt Governor), Executive Service Corp of the Carolinas.  He was a member of the boards of the Museum of Life and Science, Durham, NC, the RDU Planning Board, and the Diocese of Raleigh Financial Council.  He was a long-time member and Eucharist Minister at Immaculate Conception Catholic Church in Durham, NC.

Frederick played the trumpet in school years, collected stamps in midlife and enjoyed gardening and travel later in life.  He is survived by his sister Annette Tozzi of Mendham, NJ, and five children:  Mary Ann Smith of Far Hills, NJ; Pamela Schmierer of Ewing, NJ; Frederick Kull, Jr., of Durham, NC; Richard Kull of Milford, CT; and Marguerite Thoma of Chapel Hill, NC; 14 grandchildren and 22 great-grandchildren.  He was preceded in death by his wife and grandchildren Stephen F. Smith, III, and Patricia Ann Kull.

A Mass of Christian burial will be offered 11 a.m. Monday, July 1, 2019 at Immaculate Conception Catholic Church with Fr. Mario, OFM, presiding.  A reception in the gathering space will be held immediately after mass from 12:00-12:45 p.m., and then burial will follow in St. Matthew Catholic Cemetery, Durham, NC.

Offer Condolence for the family of Frederick Charles Kull 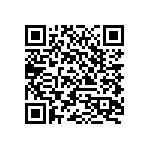