Fredrick C. Rahdert, age 93, passed away Sunday evening, March 16, 2008 in his Durham home. He was born in Fort Wayne, IN to the late Christian and Sophie Rosebrook Rahdert.

During the last 30 years of his working career, Mr. Rahdert worked for GTE in several capacities: in California he served as engineer and chief engineer; in Pennsylvania he was promoted to operating vice president; and later in Kentucky he served as president.

In 1967 he became president of General Telephone of Southeast, which was headquartered in Durham, NC. He was responsible for operating GTE properties in seven states including: Virginia, West Virginia, Tennessee, North Carolina, South Carolina, Georgia and Alabama.

A long-time member of Holy Infant Catholic Church in Durham, when Mr. Rahdert retired in 1976 from GTE he began serving on the Bishop’s Annual Appeal Committee and the Diocesan Finance Commission for Bishop Gossman of the Diocese of Raleigh. He served in this capacity for eleven years.

When he wasn’t volunteering his time to the church and the Diocese of Raleigh, Mr. Rahdert spent countless hours enjoying his garden and tackling numerous woodworking projects.

Mr. Rahdert is survived by his loving wife of 44 years, Virginia Lazan Rahdert and several nieces and nephews. He was preceded in death by his siblings: Wilmer, Verna, Paul, Martha and Karl.

Offer Condolence for the family of Frederick C. Rahdert 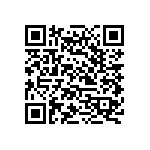