Fred (also known as Dow, Dad, and Pa) was born February 26, 1934 in East Orange, New Jersey, the son of Florence Smith and Frederic Henry Louis Leubuscher. He grew up in Essex Fells, New Jersey, Kutztown, Pennsylvania and Lakeville, Connecticut. He graduated from in 1953 from Housatonic Valley Regional High School in Falls Village, Connecticut. He enlisted in the United States Air Force and served honorably for four years during the Korean War. His final post was in Pittsburgh, Pennsylvania. It was there while attending the University of Pittsburgh to earn his B.S. in natural sciences and M.S. in child development that he met Naomi Zavodnick at the First Presbyterian Church at Sixth and Wood Streets.

Fred and Naomi were married on October 13, 1962 and have two children, Lynn and Luke. They moved from Pittsburgh to State College, Pennsylvania in order for Fred to pursue a graduate degree in counseling psychology at the Pennsylvania State University. They lived in State College for forty-eight years.

Fred intended to continue with his Ph.D at Penn State, but realized in 1970 that his true gift and calling was to work directly with children. He served as an elementary school guidance counselor in the State College Area School District for 32 years, and later for private schools and in private counseling.  “Mr. L.,” as he was known at school, positively impacted the lives of hundreds of children and families during his career.

Fred attended the Christian and Missionary Alliance and Calvary Baptist churches in State College and Grey Stone Church in Durham. He put God first in his life and showed God’s love to all he met. Fred was focused on encouraging and helping others. He often started a conversation with, “How’s your world?” and left each person he met in a better frame of mind.  His positive energy and love will be sorely missed.

Fred also loved building and fixing things (no matter how long it took), singing, ping-pong, working outside, birds, and his woodburning stove.

A memorial service to celebrate Fred’s life will be at 4:00 PM on Monday September 16, at Few Chapel in Croasdaile Village, 2600 Croasdaile Farm Parkway, Durham, North Carolina.

Fred’s family would like to thank all of the wonderful providers and caregivers at Duke Cancer Center, the 9300 wing at Duke Hospital, the Pavilion at Croasdaile Village and Duke HomeCare and Hospice.

The Leubuscher family is in the care of Hall-Wynne Funeral Home.

He has told you, o mortal, what is good; and what does the Lord require of you, but to do justice, and to love mercy, and to walk humbly with your God?  Micah 6:8

Offer Condolence for the family of Frederic Dow Leubuscher 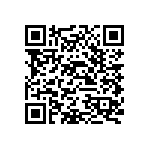