FRANKLINTON-Fred Dewitt Coats, Sr, 85, of Franklinton died Sunday, July 27, 2014. He was born December 14, 1928 to the late John Wallace Coats and Mozelle Codsgill Coats.
Fred was a former Franklinton Town Commissior for 14 years. He was a member of The American Legion Post # 52, Franklinton Masonic Lodge # 123, and Franklinton Baptist Church where he served as Deacon. Fred proudly served in the U.S. Navy during WWII. He retired from Burlington Industries.

He was preceded in death by his brothers, John Robert Coats and Buddy Coats.

A memorial service will be held 2:00pm Wednesday, July 30, 2014 at Franklinton Baptist Church with Rev. David Averette officiating. Inurnment will follow in Fairview Cemetery.
Friends may visit from 1:00 to 2:00pm prior to the service at the church.

In lieu of flowers memorials may be made to Franklinton Baptist Church, 102 W. Mason Street, Franklinton, NC 27525 or The Wounded Warrior Project, P.O. Box 758517, Topeka, Kansas 66675.
Arrangements are under the care of Hall-Wynne Funeral Service, Franklinton Chapel. Online condolences at www.hallwynne.com.

Offer Condolence for the family of Fred D. Coats Sr. 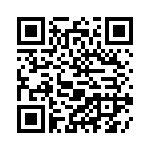