Fred Williams was a selfless man. Born in Shreveport, Louisiana, he was the son of the late Gene and Geraldine Cotten Williams. In 1957, Mr. Williams entered the United States Marine Corps and in 1964 began his first tour as a drill instructor at Parris Island SC. In 1968, he requested orders to Vietnam and served with distinction as a platoon sergeant with the 26th Marine Corps Regiment, returning stateside in 1970. While in Vietnam he earned numerous combat awards including a Bronze Star with combat valor. After returning from Vietnam he resumed his duties as a drill instructor on Paris Island until 1974. Fred was then selected for a prestigious and coveted position that few former drill instructor’s get selected for, as senior enlisted instructor at the NROTC at Duke University; training many future Marine Corps and Naval officers. During the final phase of his military service, he served as the Regimental Operations Chief for the 2d Marines at Camp Lejeune NC, retiring in 1980, with the rank of Master Sergeant. He then returned to Duke University and in 1980 began his career in law enforcement, serving once again with distinction. While at Duke Mr. Williams served initially as an officer and then Lieutenant, leading his squad to numerous achievements over the years; he was so looking forward to working more Duke football and basketball games in the upcoming seasons. He especially liked leading the referees on and off of the court at basketball games; sometimes being the only barrier between the rabid fans and the referee’s safety.

Mr. Williams was a Shriner, Mason, and an avid golfer with a heartfelt love for the game. His favorite local courses were Cedar Grove and Quaker Creek look hard enough in the water at these tracks and good chance you’ll find a ball with his initials on it.

Surviving is his wife, Maureen; his children, Paul, Trish, Kenneth and Laura; grandchildren, Andrew, Marc and Kody; and his loving companion GiGi.

Flowers are acceptable or memorial contributions may be made to the Shriners Children’s Hospital, Office of Development, 2900 Rocky Point Drive, Tampa, FL 33607-1460.
Please include “Fred B. Williams” on the memo line of your check.

A Memorial Service will be held 2 PM Monday at St. Luke’s Episcopal Church with the Rev. Jim Craven and Rev. Joe Hensley officiating.

Offer Condolence for the family of Fred B. Williams 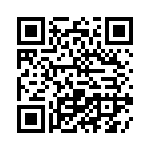