Frank Medure died on January 6, 2009, from complications of prostate cancer. He was preceded in death by his beloved “babe,” his wife of 64 years, Adele Medure. Born in New York City on January 9, 1919, Frank was the son of Dominic and Paola Medure, and was the youngest of their seven surviving children.

Frank grew up in the Bronx in a time when he and his friends could swim in the rivers and play ball in the fields. He was a talented athlete whose love of sports provided him great joy until the time of his death. He was a gifted craftsman who could fix just about anything, and who made toys and furniture for family, friends, and children’s charities throughout his lifetime.

A WWII veteran of the US Navy, Frank was proud of his service and proud to be an American.

Later in life he loved to play golf. Football season was a favorite time of the year for Frank. One of his fondest memories was watching the NY Giants win the Super Bowl in 2008 and sharing that experience with his great-grandchildren.

He is survived by his loving family – his daughter, Linda Medure-Ritter and her husband, Charles Ritter; his granddaughters Laura Brader-Araje and her husband Michael of Chapel Hill, and Katherine Brader of Austin, Texas; his dear great-grandchildren, Devin, Zoe, Justin, and Trevor Brader-Araje; his sister Marian Romano; and several nieces and nephews.

He was and will always be remembered by his family and friends as a kind, generous, gentle, and loving man.

The family wishes to sincerely thank all the staff at The Forest at Duke, especially Suzanne, Katie, Rebecca, and Dottie for their compassionate and loving care during Frank’s illness.

Funeral Services will be private.

In lieu of flowers, the family would appreciate contributions in Frank’s memory be made to: The Duke Comprehensive Cancer Center, Attn: Dr. Phil Febbo’s Research, in Memory of Frank Medure, 512 South Mangum Street, Suite 400, Durham, NC 27701-3973.

Arrangements are with Hall-Wynne Funeral Services.

Offer Condolence for the family of Frank Medure 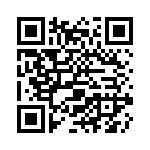