Mr. Frank Kennon Borden, Sr. died peacefully at his home in Hope Valley, Durham on Monday, January 4, 2016. Born on April 12, 1927 in Wilson, NC, he was the oldest son of the late Margaret Gold Borden and Frank Kennon Borden.
After graduating from Goldsboro High School in 1944, he served in the Navy at the end of World War II and in the U.S. Air Force during the Korean War. K. attended William and Mary College, University of North Carolina and NC State where he graduated with a B.S. degree in Industrial Engineering in 1950.
On September 26, 1959 he married Carolyn Wallace Hall and settled in Durham, where they started their family.
K. began his career with the Borden Brick & Tile Company in the sales department. In 1970 he became president of the company, and in 1987 he became chairman. He retired in 1989.
He served as a director of the Brick Institute of America and Wachovia Bank of Durham, He was also the former director and president of the Brick Association of NC and a former board member of Borden Manufacturing Company, the American Ceramic Society and Southchem, Inc.
During his lifetime, he was actively involved with several non-profit organizations and served on many boards including the Wilson Daily Times and the Durham Kiwanis Club. He also served as the president of the Durham YMCA.
K. was devoted to his family and friends and will be remembered for his intellect and sense of humor. He loved traveling, hunting, fishing, tennis and working in his garden. He always lived life to the fullest, was loved by many and had a long and productive life.
K. is survived by his wife, Carolyn Hall Borden; four children, Frank Kennon Borden, Jr. (Holly Mayo Borden), James Hall Borden (Lisa Cain Borden), Michael Wallace Borden (Julie Johnston Borden) and Margaret Borden Vermillion (Dale Drew Vermillion); and eight grandchildren, Catherine Borden, Margaret Banes Borden, Ashton Vermillion, Michael Borden, Jr., Sydney Vermillion, Frank Borden, III, Aerin Borden and Borden Vermillion. He was predeceased by his brother, John Gold Borden, Sr.
A memorial service celebrating K’s life will be held at St. Stephen’s Episcopal Church in Durham on Friday, January 8, 2016 at 2:00 p.m. The family will receive friends at the church following the service.
In lieu of flowers memorial gifts may be made to St. Stephen’s Episcopal Church, 82 Kimberly Drive, Durham, NC 27707 or Michael J. Fox Foundation for Parkinson’s Research, michaeljfox.org.
The family would like to express their deep appreciation to the caregivers, Robin Smalls, Mia Alston, and Catherine Hall for their tremendous compassion and support.
Arrangements are with Hall-Wynne Funeral Service. Online memorials: hallwynne.com

Offer Condolence for the family of Frank K. Borden, Sr. 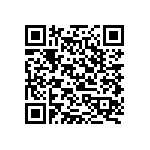