Born September 29, 1919 in Middletown, Delaware, to parents who were teachers, he graduated from Villanova University, Case Western Reserve Medical School and trained in Neuropathology at Cornell University. He served in the United States Air Force. As a professor of neuropathology, he retired from Duke University in 1991 after 30 years of teaching, research, and clinical service. President of the International Academy of Pathology for two years, he then served as Executive Director until 1998. Returning to clinical service and teaching, he retired at age 87 from Wake Forest University. His many interests included horticulture, outdoor sportsmanship and beekeeping.

A devoted father, his death was preceded by his wife, Joyce Vogel, his son, Stephen Vogel and his grandson, Jackson Vogel.

The family will receive friends at the church Saturday from 10:00 -11:00 am prior to the Mass.

The Vogel family is under the care of Hall-Wynne Funeral Service. Online condolences www.hallwynne.com ; Select obituaries.

Offer Condolence for the family of Francis Stephen Vogel 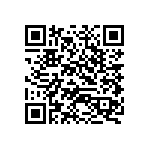