Francis Richard McCarron of Sunset Beach, North Carolina, passed away on Saturday, April 22, 2017 at the age of 70. Frank was born on May 13, 1946 to Gertrude Quinn and Gerald Richard McCarron in Newton, Massachusetts. He graduated in 1964 from Our Lady’s High School in Newton, MA. Upon graduation, Frank served two tours in Vietnam with the United States Army, First Air Calvary Division. In 1970, he married Sandra Wells Ryder.

In 1975, Frank moved to the Washington D.C. area to work for the Federal Department of Transportation, where he developed and led several major mass transit programs across the country. He designed and instituted the guidance for transportation programs, which are currently utilized. After retiring in 2001 from the federal government, Frank became a consultant on the transit systems’ implementation of the compliance and oversight program which he created. He finally retired in 2014!

In 2006, Frank and Sandi moved to Sunset Beach, NC, where he enjoyed playing golf, his 1961 Corvette, going to the beach with his grandchildren, playing pool at the Sunset Beach pier, cooking, and a good glass of chardonnay. He showed exceptional kindness and compassion to all family and friends and never missed an opportunity to crack a joke. He showed his love to family and friends through his photography and took great pleasure in capturing and sharing the significant moments in people’s lives. He was always up for a spontaneous road trip to a variety of locations, including historical sites, wineries, and local eateries.

A celebration of life will be held at 11am on Saturday, April 29th at Brunswick Funeral Services: 5229 Ocean Highway W, Shallotte, NC 28470. A reception to follow will be held at the Sandpiper Bay Residence’s Center: 710 Sandpiper Bay Drive, Sunset Beach, NC 28468. In lieu of flowers, donations may be made to the Duke Cancer Institute http://dukecancerfund.org.

Offer Condolence for the family of Francis Richard McCarron 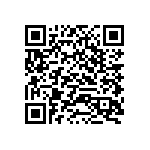