Frances Shafer Selvidge, age 97, died Friday, February 19, 2016 at Carol Woods Retirement Center in Chapel Hill. Her family was with her when she died.

Born January 4, 1919, in Dallas, Texas, to Gordon D. and Myrtle Elizabeth Cottingham Shafer, she grew up from the age of four in Denison, Texas, where her father worked for the Katy Railroad. Along with her older brother Lewis, she and her family took the train every summer to visit family in Chariton, Iowa, and Monroe, Wisconsin. She started piano lessons at a young age and by her early teens was playing piano and organ for services at several local churches. She graduated from Denison High School in 1935.

After two years at Christian College in Columbia, Missouri, she enrolled in 1937 in the inaugural class of the School of Letters at the University of Oklahoma, was inducted into Phi Beta Kappa, and received her B.A. in 1939. She received her Master of Library Science from O.U. in 1940.

After graduation Frances was a librarian at Denison High School and at Bradley University in Peoria, and during the war she served for a time as State Librarian of Oklahoma.

She met her future husband in 1937 when they were students at O.U. She “taught me how to read” in the state library, he later remarked. Upon his return from the European theater where he was a B-24 bomber pilot, Frances married Major William Mayhew Selvidge on November 17, 1944.

After the war and a year in Bill’s hometown of Ardmore, he took a job as a petroleum landman and they moved to Shreveport, where they stayed fourteen years. They were in Jackson, Mississippi, for the turbulent years 1961-1964 before moving to New Orleans. While there she was for four years the lower school librarian at Isidore Newman, and after moving to Houston in 1970 she served for seven years as the head librarian at St. John’s School.

She recalled that the next twenty years went by in a flash, with time for family, friends, volunteer activities, travel, the symphony, theater, and civic engagement. All of her life she read widely and had a great intellectual curiosity. Born the year prior to the passage of the 19th amendment, she never missed an opportunity to vote. Having spent almost all of her life in the deep South, she was pleased to have lived long enough to cast a presidential ballot for Barack Obama.
Her husband Bill, the love of her life, died in 1996, and in 1999 at age 80 she moved to North Carolina to be near her two young grandsons in Chapel Hill. She continued to love life, and she continued to play the piano until shortly before she died.

She is survived by her son, Dr. William M. Selvidge, Jr., and wife Jennifer, of Chapel Hill, NC; two grandsons, Lucas Hawfield Selvidge and John Shafer Selvidge; and her niece Judith Shafer Ivey and husband Jack of Frisco, TX. She will be buried next to her husband in Rose Hill Cemetery in Ardmore, OK, on February 26. A memorial service is planned at Carol Woods in Chapel Hill at 2 p.m. on Sunday, March 13.

Frances was interested in children and education all her life. She was proud to support the girls and boys who attend the Topchi village school in Bamyan Province, Afghanistan. In lieu of flowers, those who are moved to make a donation to this school can write a check to Carolina Friends School, 4809 Friends School Road, Durham, NC 27705 with the notation “Afghan School Partnership.”

Offer Condolence for the family of Frances Shafer Selvidge 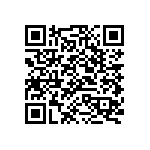