Durham – Frances Loraine Wiese Akins passed away January 14, 2017 at the Pavilion at Croasdaile Village in Durham, North Carolina following a long decline with Parkinson’s disease. A memorial service is planned for January 28, 2017 at 11:00 am at Few Chapel at Croasdaile Village. The family will greet friends at 10:00 am at the chapel. Rev. Dorisanne Cooper of Watts Street Baptist Church in Durham and formerly of Lake Shore Baptist Church in Waco, Texas will officiate.

Frances was born February 19, 1934 just west of Moody, Texas to Walter Henry Wiese and Nancy Jane Comer Wiese. Frances was an only child but grew up in a close-knit community of extended family and good friends. She graduated from Moody High School in 1952 and worked for several years in Temple and Belton for the Retail Merchants Association. She met Dr. Jack Lewis Akins on a blind date in March 1960. They were married at Moody Leon United Methodist Church, where Frances was a life-long member, on October 15, 1960. Jack’s medical career took them to Dallas, Amarillo, Lubbock, and Abilene before they settled in Waco where their only child Jane Ann was born. Frances was a loving mother who enjoyed volunteering at Lake Shore Baptist Preschool, St. Alban’s Episcopal School, and Vanguard. When her daughter was older, Frances began teaching preschool at St. Alban’s. She taught for several years and valued the time she spent with young children and their families, as well as the friendships she made there. The Akins family expanded to include a son-in-law, John William Hardin, in 1991, and then two granddaughters, Caroline and Sabrina in 1994 and 1997. As her health started to decline in 2009, Frances and Jack moved to Durham, NC to be closer to their family.

Frances was a happy and positive person throughout her life, even when health challenges made things difficult. She loved to go and do and to spend quality time with her many friends and cousins. She enjoyed long phone conversations, long lunches, good books, good movies, seeing plays at Waco’s Civic Theater, and late-night domino games with family. She was a trusted, loyal friend with a contagious laugh. Her favorite time of all was the time spent with her granddaughters, whom she loved beyond measure. She never missed a dance recital or grandparents’ day, and was happiest when she was with them doing whatever they wanted to do.

Frances is survived by her daughter, Jane Ann Akins Hardin, and son-in-law, John William Hardin of Durham, NC, and granddaughters, Caroline Jane Hardin, of Pasadena, CA, and Sabrina Leigh Hardin, of Chapel Hill, NC.  She was preceded in death by her mother (1959) and father (1991) and her husband Jack (2012).

Offer Condolence for the family of Frances Loraine Wiese Akins 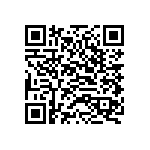