DURHAM – Frances “Inez” Wynne, 94, died Monday, October 8, 2018, in her home. She was born on October 4, 1924 in Craven County to the late Ellis and Vellie Ipock. Inez moved to Durham with her twin sister, Irene Ipock, to find work in 1947. The very next day she was hired at American Tobacco Company where she met James E. Wynne who would become her husband in 1949. She continued working at American Tobacco Co., until her retirement in 1986. She and James celebrated a loving marriage for almost 62 years until his death in 2011.
Inez was a devoted member of both Lowe’s Grove Baptist Church and the American Legion Auxiliary Post # 416. Inez was a big fan of UNC Tarheels and loved going to football games to cheer them on! She was also an avid gardener both at home and at her second home in her favorite place, Carolina Beach.
Inez is survived by her son, Lenwood Dennis and his wife, Carolyn, of Greensboro; her son Jimmy Wynne of Durham; granddaughters, Traci Dennis Oliver, Danielle Dennis Grady and Chanda Wynne; great grandchildren, Britt, Ellis and Evan Oliver, and Nicole and Mason Grady. Inez was preceded in death by her husband, James E. Wynne; her sister, Irene Ipock; and brothers, Glen and Preston Ipock.
A celebration of life will be held at the Lowes Grove Baptist Church on Sunday, October 14, 2018 at 2:00PM. Family will be accepting friends and family to visit beginning at 1:00 PM.
Donations in Inez’s memory may be made to Lowe’s Grove Baptist Church, 4430 S. Alston Avenue, Durham, NC 27713 or to American Red Cross, PO Box 37829, Boone, IA 50037-0839 or 1.800.435.7669.

Offer Condolence for the family of Frances “Inez” Wynne 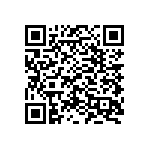