He was born January 21, 1920 in Durham County, the son of the late Claude Howard Crabtree and Viola Allen Crabtree. He was predeceased by three sisters and three brothers, Gladys Pendergraph, Lois Rich, Hazel Rich, Alton Crabtree, Leroy Crabtree and Clayborne Crabtree. Mr. Crabtree was a deacon and trustee of Angier Avenue Baptist Church and a member of the “Cabin Class” Sunday school class. He was also a member of the Durham Lions Club since 1967.

Services will be held at Angier Avenue Baptist Church on Monday, June 2nd at 11:00 a.m.

Pallbearers will be employees of Industrial Metal Flame Sprayers, Inc. Honorary pallbearers are the members of the “Cabin Class” and the Durham Lions Club. Internment will be at the Stanley Family Cemetery in Orange County.

Offer Condolence for the family of Foy R. Crabtree 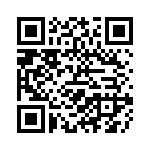