FLOYD G. ELLIOTT
OXFORD: Floyd G. Elliott, age 86 a resident of 7717 Hwy. 96 North died Thursday June 21, 2007. He was a native of Granville Co. and was the son of the late Henry and Sarah Denny Elliott. He was a lifelong member of Sharon Baptist Church, where he was a deacon, superintendent of Sunday School and served on other committees. He was a merchant for twenty years, farmer and cattleman; served as director and officer of the Granville County Livestock Arena. He was a County Commissioner from 1973 until 1984.
Funeral services will be held on Saturday June 23, 2007 at 11:00 AM at Sharon Baptist Church by the Rev. Billy Lynch and the Rev. James C. Shelley. Burial will be in Elmwood Cemetery in Oxford.
Surviving is his wife of 65 years, Dollie Woodlief Elliott of the home; two sons, Ronnie Elliott and wife Mildred, of Creedmoor, NC and Glenn Elliott and wife Grace of Hillsborough, NC; one sister, Inez Elliott, of Oxford NC; two grandchildren and four great grandchildren. He was preceded in death by one brother, Alvis Elliott.
The family will receive friends Friday night from 7:00 until 8:30 PM at the Gentry-Newell & Vaughan Funeral Home. At other times they will be at the home.
Flowers are accepted or memorials may be made to the Sharon Baptist Church, c/o Mrs. Marion Pritchett, 1010 Roxboro Rd. Oxford, NC 27565.On-line memorials to www.gnvfh.com select obituaries.

Offer Condolence for the family of Floyd G. Elliott 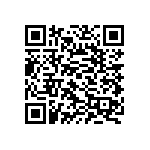