In 1947 she graduated from Rex Hospital School of Nursing in Raleigh. In October of 1947 she married Curtis Preston Hogan. She was a member of Orange United Methodist Church where she was actively involved and served in many capacities – especially singing in the church choir with her beautiful alto voice.

Her professional career was as a registered nurse in the Oral Surgery Dept., UNC School of Dentistry, from which she retired. After her retirement she worked briefly for a private dental practice and also served as a volunteer for the Ronald McDonald House in Chapel Hill, NC.

She was predeceased by her husband, Curtis Preston Hogan, her parents and brothers, Frank Douglas (F.D.) Creech, Jr. and Percy Glenn Creech.

Funeral Services will be held 2 PM Thursday, September 4 at Orange United Methodist Church. Burial will follow in the church cemetery.

Friends will be received one hour prior to the service.

The family wishes to give special recognition and heartfelt thanks to her loving and faithful caregiver of nine years – Angela Kenion of Hillsborough, NC. Also a grateful appreciation is extended to the staff of the DuBose Health Care Center of the Cedars of Chapel Hill and Rescare Home Care

Arrangements for the Hogan family are under the care of Hall-Wynne Funeral Service.

Offer Condolence for the family of Florence Velna Hogan 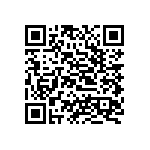