Flo Bivins was born June 24, 1926 to the late Harry H. and Julia B. Moss. Mrs. Bivins was raised and educated in Roxboro, NC. Her early years were spent as a very active member of Cavel Baptist Church teaching Sunday School and singing in the choir. She moved to Durham in 1944 to work as a secretary at Camp Butner until it closed and then took the position in 1957 as administrative secretary at Trinity Avenue Presbyterian Church until she retired in 1991. During those years she was a member of the church, teacher and youth counselor. She was also a charter member of the Presbyterian Secretaries Association, now called the Administrative Presbyterian Association, and served as their first Secretary-Treasurer. She received an honorary life membership from the APA and Women of the Church at Trinity Avenue Presbyterian Church.

After retirement, she spent time helping others and enjoying family and friends. She moved to The Durham Regent in July of 2010 where she spent the happiest year of her life making new friends and becoming known as “Granny” to all. In June of 2011 she celebrated her 85th birthday with a special luncheon attended by many dear friends. Despite declining health, she joined the Red Hat Club and spoke at their meeting just last week. She passed away on Thursday morning at The Meadowlands Hospice in Hillsborough with the company of many family and friends.

Flowers are acceptable or donations may be made to the Trinity Avenue Weekday School Endowment Fund.
The Bivins family is under the care of Hall-Wynne Funeral Service, Durham. On-line memorials: www.hallwynne.com. Select obituaries.

Offer Condolence for the family of Florence Flo Moss Bivins 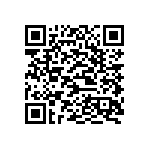