On July 16, 2007, F. Bruce Williams, 49, went home to be with our Lord and Savior, Jesus Christ.
Bruce was born in Stamford, Connecticut. As a child he loved sports, reading and excelled in school studies. He was inducted into DeMoLay while in high school. He graduated from high school in Cleveland Heights, Ohio and shortly thereafter joined the U.S. Army where he served most of his enlistment as an air traffic controller in Germany.
Following military service, he studied Ancient History at the University of South Florida graduating summa cum laude. Having been accepted to Yale University, he chose Duke University School of Law for his graduate work. At the time of his passing he was a partner with Womble, Carlyle, Sandridge and Rice. He was a member of the American Bar Association, North Carolina Bar Association, a former commissioner of the 14th Judicial Bar Association, and the North Carolina General Statutes Commission. His professional career was characterized by his intense devotion to the practice of law.
His family lineage was heavily populated with men and women of strong intellect, heavy political involvement, love of country, and artistic appreciation and talent. His father

Offer Condolence for the family of F. Bruce Williams 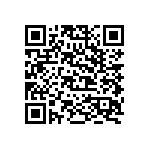