Everett William Lytle Jr. passed away on September 2, 2009 into the hands of the Lord after a tragic accident, surrounded by the love of his devoted wife and daughter.

He was born in San Diego California on December 30, 1936 to Col. Everett William Lytle and Evelyn Victoria Poe Lytle. As the son of an Air Force colonel he had the opportunity to live and form long lasting friendships in many of the states of our great country. As a child Everett was given the opportunity of choosing the aircraft which took the family to his father’s new assignment in Greenland he chose a B-17. It was in Greenland that his lifelong passion of hunting and fishing began.

He graduated from Tecumseh High School in New Carlisle, Ohio; due to his excellent scholastic performance he was admitted in the engineering program at the General Motors Institute in Flint, Michigan. He later graduated with a BS from the Missouri School of Mines and Metallurgy in Rolla, Missouri. He also served with pride in the US Army. After completion of his military service he worked at McDonnell Aircraft, where he took part in the implementation of the Mercury Project. It was during this time that he developed a life-long interest in military aircraft.

In 1977 Everett relocated with his family to Chapel Hill, where he worked first for Trion. He retired in 2006 from Purolator where he held the position of national sales manager.

It was during his retirement years that he traveled extensively to Peru and when he focused on his love for films and photography and the pure enjoyment of expending time with his grandchildren.

He was a loving and devoted husband, father and grandfather. He is survived by his wife Elizabeth Maria Gutierrez, his daughter Michelle Lytle-Westrom her husband, Brian Westrom and their children David Everett and Nolan; his step son Michael Wallace, his wife Colleen O’Briant and their children Shayla, Devin, and Megan; his brother Evan Lytle and wife, Pat, nieces Laura and Susan and nephew Evan Lytle, Jr.

Visitation will be held at Hall-Wynne Funeral Service, 1113 W. Main St., Durham on Tuesday, September 8, from 5 PM to 7 PM

Offer Condolence for the family of Everett Lytle 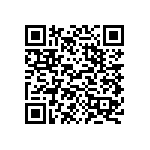