He served in the US Marine Corp during World War II; and was a widely known architect. He and his wife, Della, moved to Pittsboro in October, 2007 to be closer to his daughter and son-in-law, Jennifer Lorenz and John Gray.

Surviving are his wife, Della; daughters, Donna Lorenz and Kristen Lorenz both of Atlanta, Jennifer Lorenz and husband John Gray of Pittsboro, NC; grandson, Ethan Shealy, and granddaughter, Burgin Shealy of Atlanta; and a brother, Felix A. Lorenz of Detriot, MI.

Mr. Lorenz will be cremated and no services are planned at this time. Please omit flowers and respectfully consider memorials to:
Doctors Without Borders USA
PO Box 5030
Hagerstown, MD 21741-5030

Arrangements are under the care of Griffin Funeral Service and Cremation, 396 West St., Pittsboro, NC 27312.

Offer Condolence for the family of Everett Henry Lorenz 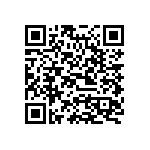