OXFORD:
Evelyn Parham Currin, a resident of Oxford, died Thursday, June 2, 2011 at Granville Medical Center. She was a native of Granville Co. and was the daughter of the late Edward Callis and Gertrude Poythress Parham. Evelyn was the widow of the late James Henry Currin, Sr.
Mrs. Currin was a charter member of Delrayno Baptist Church, graduate of Oxford High School 1942, retired in 1990 from Granville Co. Schools where she was an accountant. She was a wonderful homemaker, mother, wife and loved to cook delicious meals. She loved sewing beautiful clothes and preserving garden vegetables.
Funeral services will be held Sunday, June 5, 2011 at 2:00 PM in the Gentry-Newell & Vaughan Chapel by the Rev. Hilton Moore and Rev. D. L. Page, Jr. Burial will be in Meadowview Memorial Gardens.
Surviving are a daughter, Mary Elizabeth Currin of Oxford; a son, James Henry Currin, Jr. of Winston-Salem NC; a sister, Pauline Ruth Tingen of Hampton, Va.; two brothers, W.E. Parham of Raleigh and John Asa Parham of Henderson; two step-grandchildren. The family would like to than Gloria Thorpe who cared for her since her stroke in 1990 and Lindsay Helen Hamlet who helped her in her recent illness.
The family will receive friends Saturday night from 7:00 until 8:30 at Gentry-Newell & Vaughan Funeral Home. At other times they will be at the home.
Flowers are accepted or memorials may be made to Delrayno Baptist Church, 108 Rayland St., Oxford, NC 27565.
On line memorials at www.hallwynne.com select obituaries.

Offer Condolence for the family of Evelyn Parham Currin 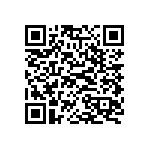