Evelyn O’Brien Powell, 98, gave up her life on this earth, December 18, 2013 at home from natural causes. She was alert and concerned about her children to the end of her care giving life.
She was born on March 8, 1915 to Bishop Marvin O’Brien and Effie Mae Ingram O’Brien in Richmond County, near Rockingham, NC. She was raised near Rockingham and worked for NC Social Services when she met her future husband, Woodson Lea Powell, III. After a whirlwind courtship, she moved with her husband to his hometown, Pittsboro, NC, where she lived the remainder of her life.

Evelyn joined St. Bartholomew’s Episcopal Church as a young bride and was their oldest communicant when she died. Evelyn became active in Pittsboro through her church, her care giving spirit, energy, sensitivity to the needs of others and response to the needs being met. Everything she did was done with grace, calmness and dignity.

She served on her church vestry, altar guild, ECW and clergy search committee. She also served many civic committees, such as; the Historical Society; Council on Aging; and the Library Board. She spread her arms like wings, to cover those who came near, while at the same time, she devoted her life to her family.
She was preceded in death by her husband of 51 years, Woodson Lea Powell, III, two sisters and a brother.
Evelyn is survived by; her sons, Rev. Woodson Lea Powell, IV Susan and Ihrie Hill Powell; her daughter, Anne Powell Ward Bennie; grandchildren, Elaine Cook, Scott Powell, John Powell, Jennifer Rocho, Melissa Russell, Christy Morrow, Evelyn Thompson and Patricia Ford; 15 great-grandchildren and 3 great-great grandchildren.

The service of Death, Eucharist and Committal will be held 2PM on Saturday, December 21, 2013 at St. Bartholomew’s Episcopal Church on 204 West Salisbury St., Pittsboro, NC. A reception will follow in the church parish hall.

The family especially appreciates the care of Sherry Powell, Jane Eubanks, Stephanie Tucci, the staff of UNC Hospice of Chatham County, communicants of St. Bartholomew’s and so many others who exhibited the love of Christ for our mother.

Online condolences may be left at www.hallwynne.com, select “Obits”. The arrangements for Mrs. Powell’s service are under the care of Hall – Wynne Funeral Service and Cremation of Pittsboro.

Offer Condolence for the family of Evelyn O’Brien Powell 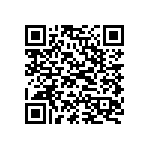