Eva Marianna Edge, age 85, died Thursday morning, March 9, at Croasdaile Village, where she lived since 1999. Eva was born in Frankfurt, Germany to the late Leopold Harris and Johanna Brandeis on October 30, 1919.

Eva left Germany as a teenager and went to Palestine, where she met and married her first husband, Naftalie Bernstein. She joined the British Royal Air Force during World War II, and an RAF pilot named John smuggled her from Palestine into Egypt in his aircraft. After marrying in Egypt, the couple lived in England until 1956 when they moved to America. Eva and John lived in New Jersey, Florida and North Carolina. They enjoyed traveling and simply spending time with each other. A Gold Life Master in bridge, Eva was proficient in three languages. Unfortunately, Alzheimer

Offer Condolence for the family of Eva Marianna Edge 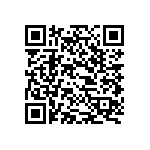