Mr. Thomas was born in Sedalia, MO on May 7, 1920, the son of Lester Thomas and Arlene Pearl Mettler Thomas. He graduated from Washington University in St. Louis, and served in the Pacific with the US Army during World War II. Following his military service, Mr. Thomas worked as an accountant in the pharmaceutical industry. His Christian faith was Methodist.

Surviving are his wife of 66 years, Vera Fluetsch Thomas; a daughter and son-in-law, Janet and Tim Tigue of Baltimore, MD; son and daughter-in-law,
Mark and Cindy Thomas of Wake Forest; a brother,
Hugh Thomas of St Louis, MO; five grandchildren
and two great-grandchildren.
His parents, a son, and a daughter all preceded Mr. Thomas in death.

Following cremation, Mr. Thomas will be interred in Lakewood Park Cemetery in St. Louis. A memorial service will be held at a date still to be determined.

Online condolences may be sent to: www.hallwynne.com, Select “Obituaries”.

Offer Condolence for the family of Eugene Harry Thomas 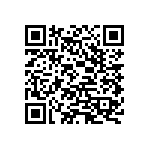